From the very moment it was created, people have seen Costco as a fantastic alternative to its overpriced competitors in the United States. Offering a huge variety of products at a more-than-reasonable price, the corporation has become one of the biggest names in retail in the United States. One of the main reasons for this phenomenon, without a doubt, has been the capability shown by Costco to adapt itself to the needs of its customers. One of the most outstanding ways in which the corporation has re-structured itself in order to fulfill the needs of customers has been the creation of Costco Water Delivery. In order to let you know more about this service, the present guide will describe its most important features.

On September 15, 1983, Costco opened its first warehouse in Seattle, Washington. The concept on which the company based its business model was an innovative one: A retail warehouse club that offered bulk shopping and the best prices on the market. It wasn’t long before this vision proved to be a successful one and, as a result, Costco began a rapid expansion process through the opening of new warehouses in different states of the country.

Ten years after it began its operations, the company took its current form and consolidated itself as one of the biggest retail entities in the United States. This process came about through the merger between Costco and Price Club conducted in 1993. Initially, the merger was named PriceCostco. However, it was soon after rebranded back to Costco. Today, it’s one of the most important names in retail not only in the United States but also various other countries.

Not long ago, Costco decided to expand its business model through the establishment of a convenient delivery service for its products. Soon after, the company inaugurated Costco Water Delivery, a membership program that provides nine different brands of bottled water to customers who subscribe to it. In order to provide this service, Costco partnered with DS Waters, a company with a great deal of experience providing water delivery to homes and offices.

At the moment of signing up for the service, customers are redirected to an affiliated site that goes by the name of Costco Water. This site is run by DS Water and it allows customers to make choose their desired items and settle on a delivery date or frequency.

Costco’s Water Delivery process is very simple. Initially, it requires customers to select the type and size of the water bottle that will be delivered to them. Immediately after, they will be asked to choose between different models bottom load coolers that are capable of dispensing both hot and cold water. In addition to the customer’s relevant personal data, this information is enough for the company to carry out the required water delivery.

Being one of the biggest retail warehouses in the world, Costco has over 600 locations in 11 different countries: 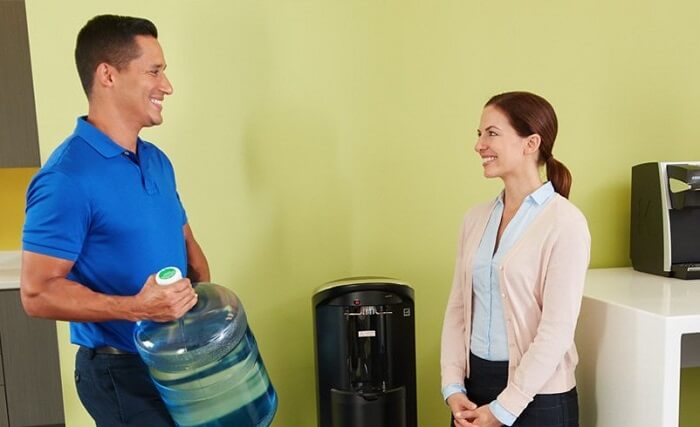 Costco wants to satisfy as many customers as possible. That’s why Costco Water Delivery provides a choice between three different types of water.

Going through the aspects of Costco Water Delivery, it’s clear that we are dealing with a well-structured and professional service. By making the purchase of water convenient and simple, Costco Water Delivery is a program that provides great value. Have you tried this excellent service in the past? If the answer is yes, please consider leaving a comment detailing your experience!